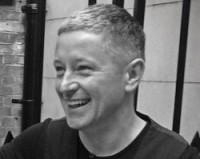 Conor hails from Belfast where he began his training with Irish Salon Group, Peter Mark.  Graduating top of his year, he went on to travel the world running salons and spas on board some of the finest cruise ships.  He added to this experience styling hair for theatre productions, magazine fashon shoots (including UK Vogue) and TV ad campaigns.

Conor joined Nightingales, Soho in 1998 and very quickly rose through the ranks firstly as Artistic Director, then as Partner and ultimately taking over the salon in 2009.  His client list is drawn from the world of Theatre, Film, Advertising and Entertainment and he is renowned for his skill as a stylist and for the excellence of service and overall experience offered to his clients.

Following the sale of the building which housed Nightingales for over two decades, Conor has made the decision to operate independently from a new venue in Fitzrovia.  As before, the service offered includes consultation, styling, colouring and advice on general ongoing hair care.  Hair styling for occasions including weddings, awards ceremonies and formal dress functions is a particular speciality.

Conor J Kelly operates by appointment only and prices are available on request.

This website uses cookies to improve your experience while you navigate through the website. Out of these cookies, the cookies that are categorized as necessary are stored on your browser as they are as essential for the working of basic functionalities of the website. We also use third-party cookies that help us analyze and understand how you use this website. These cookies will be stored in your browser only with your consent. You also have the option to opt-out of these cookies. But opting out of some of these cookies may have an effect on your browsing experience.
Necessary Always Enabled
Necessary cookies are absolutely essential for the website to function properly. This category only includes cookies that ensures basic functionalities and security features of the website. These cookies do not store any personal information.
Non-necessary
Any cookies that may not be particularly necessary for the website to function and is used specifically to collect user personal data via analytics, ads, other embedded contents are termed as non-necessary cookies. It is mandatory to procure user consent prior to running these cookies on your website.
SAVE & ACCEPT